The Imperial Coronation Part 3 (The Procession and Balcony)

At 12:00 the ceremony was completed and the Emperor and Empress were ready to take the processional route back to the Aldarian Palace. Donning their Imperial Blue Robes of State they exited the cathedral to the National anthems of Scotney and Britania followed by the applause of the congregation and the acclaim of the crowds outside. 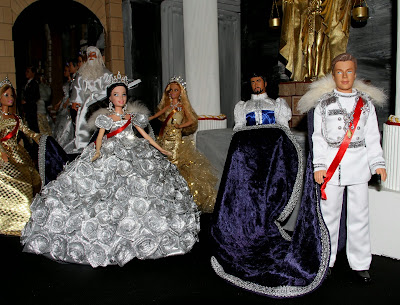 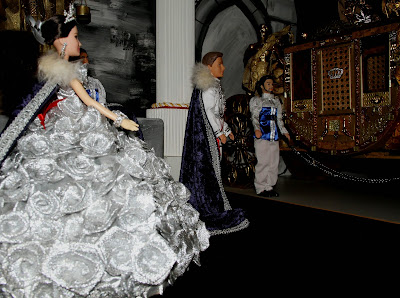 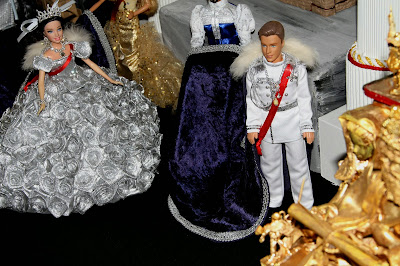 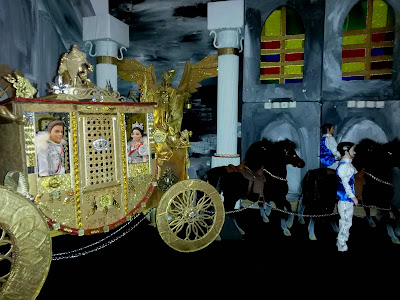 With the Emperor and Empress comfortably seated in the Coronation Coach they began the 20 minute processional ride back to the palace. 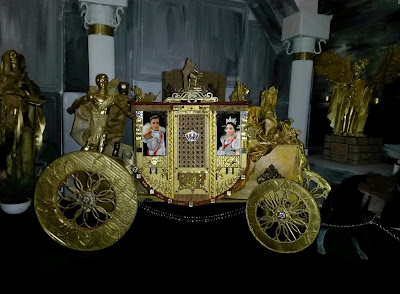 The Coronation Coach was to be at the head of a train of several coaches, carriages and limousines carrying all the dignitaries back to the palace for a banquet in celebration of the day's events. The banquet will not be allowed any media coverage to allow a respite for the VIP's after the strains of the day. 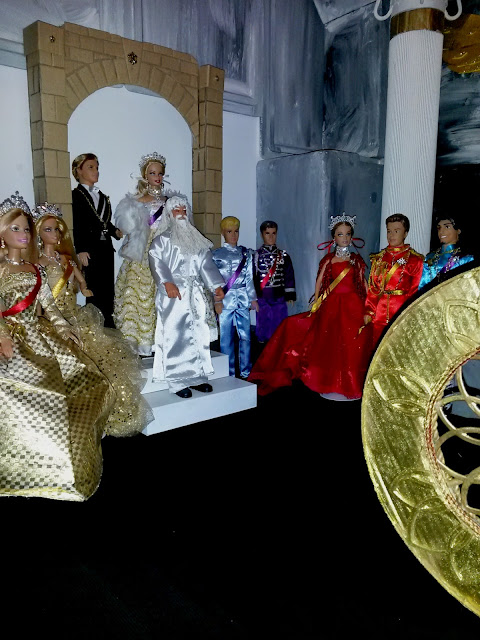 The Imperial Family sends the Coronation Coach off as they wait for the arrival of their processional transport. 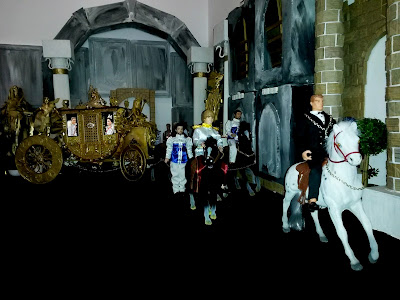 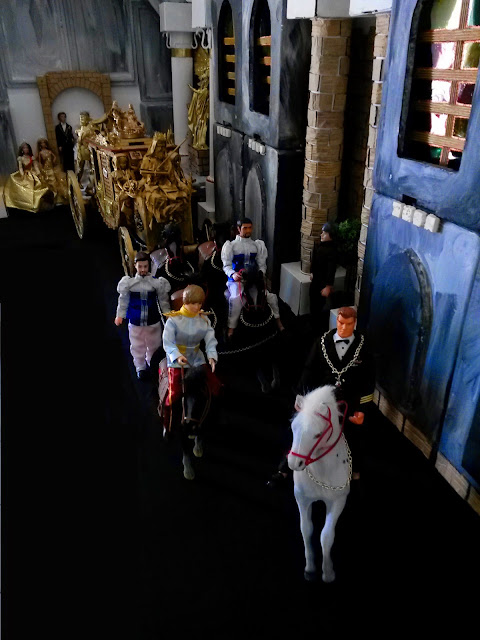 The Coronation Coach is lead by the Earl Basquith who's ancestors have held that honour for over 7 generations. 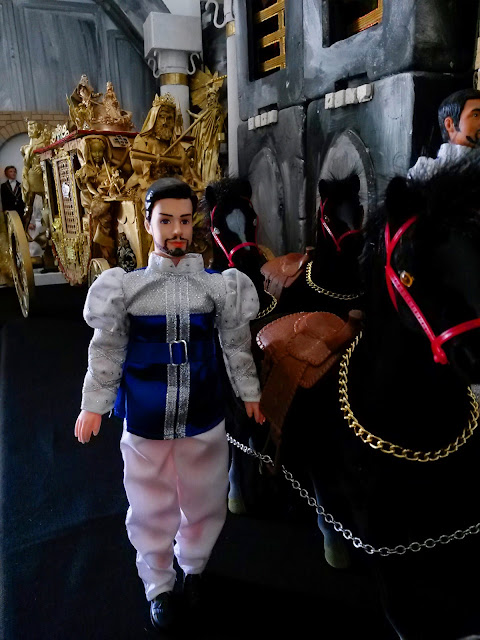 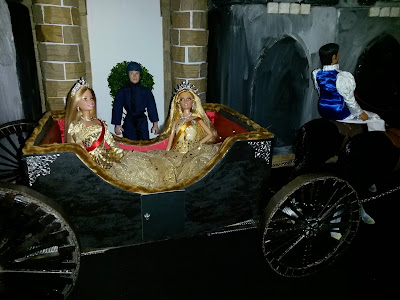 Directly behind the Coronation Coach Princess Augusta and Princess Kirsten followed in a State Landau. 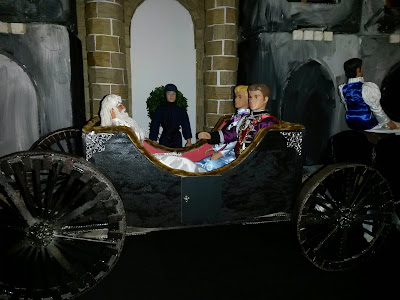 They in turn were followed by the Duke of Swann, Prince Dillon and the Mithrandir. 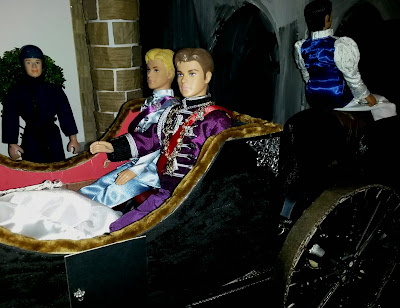 Apart from the Coronation Coach, the Duke of Swann garnered some of the greatest shouts from the crowd. 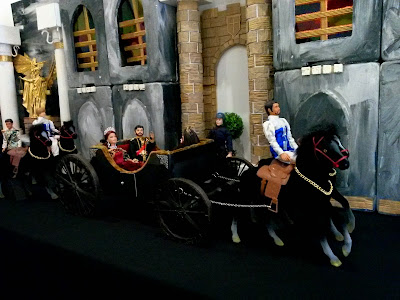 The Grand Duke and Grand Duchess of Reichethal can be see in this carriage... 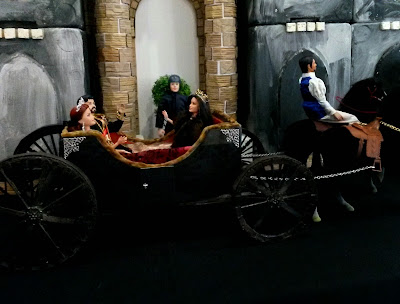 ...along with the Grand Duchess' sister the Shahbahnou of Perlistan. 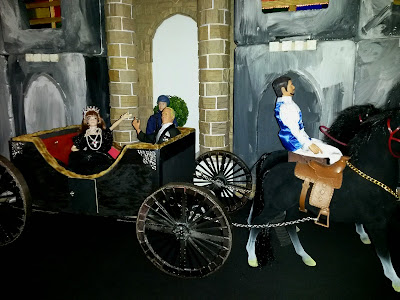 The Prince and Princess of Monagask. 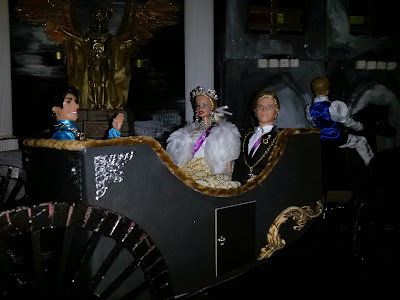 The Fulco D'Este's and their cousin the Duke of Banbury. 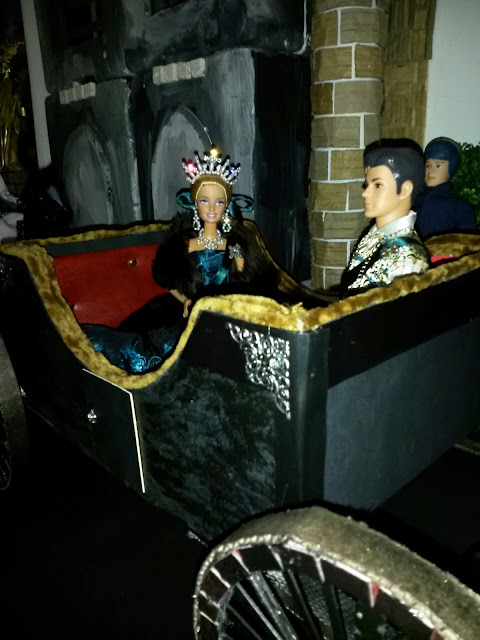 the King and Queen of Syldavia. To post the entire procession would take far to much space so we hope our selection will suffice for this report. 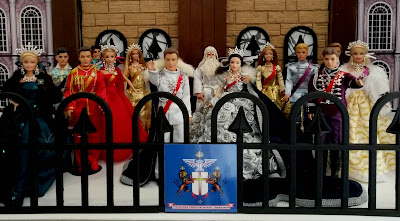 Finally after almost two hours, the procession was complete which did afford some rest to the Imperial Couple who arrived at the Aldarian Palace first. Then at about 15:00 the much awaited balcony appearance of the new Emperor and Empress and the Imperial Family was received to tumultuous acclaim of the electrified crowd. 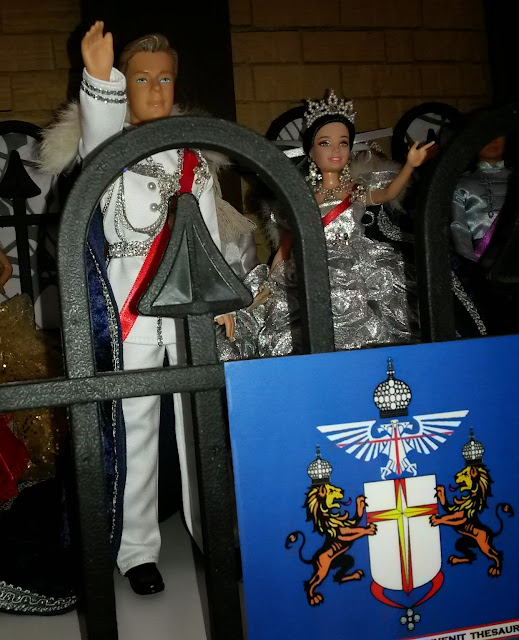 Imperial waves abounded as did beaming smiles and a continuous roar from the crowd. 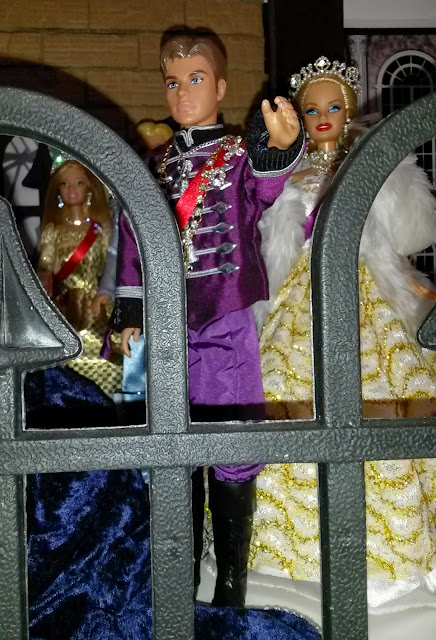 The Duke of Swann shared in the glorious moment as did many members of the family. 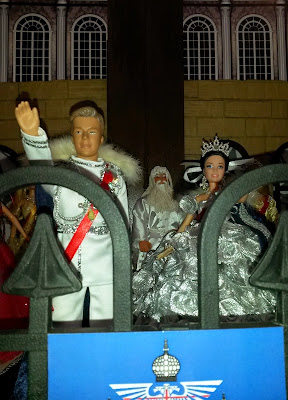 After several balcony appearances lasting quite a while, the Imperial Family retired to prepare for the banquet. A fireworks display has been planned for 21:00 tonight at which point the Empress and Empress will reappear. That will not be blogged as the bank holiday demands celebration and our staff will be out on the streets enjoying the celebration along with the whole nation. We truly see this as one of the greatest milestones and social victories in the history of the entire Europa and along with the Mithrandir we hope and pray for a new day and bright future for all... 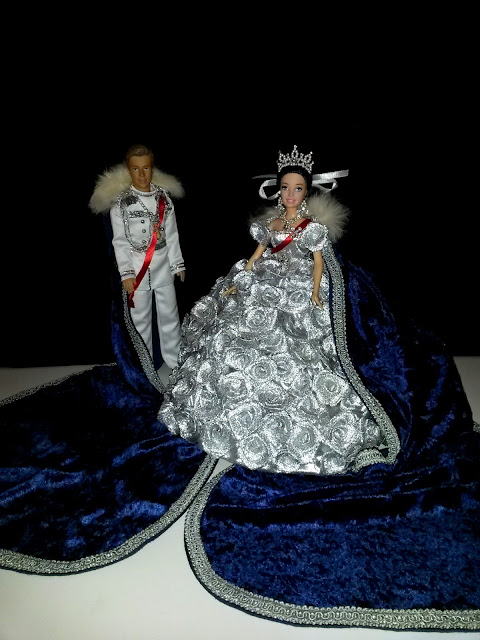 ...and they all lived happily ever after.