When we think of Royalty in transit the first thought is horses and carriages right? That is the most spectacular and memorable of course and we are right to be impressed but we must realize, that even in a ceremonial case, Royal transport has the basic function of transporting a person from point A to B. Royalty just give us the show and spectacle of ceremonial transport for our pleasure, to fulfill tradition and to link us to our history. Let us look at the transport Royalty have used, from the great to the mundane, as featured on this blog. 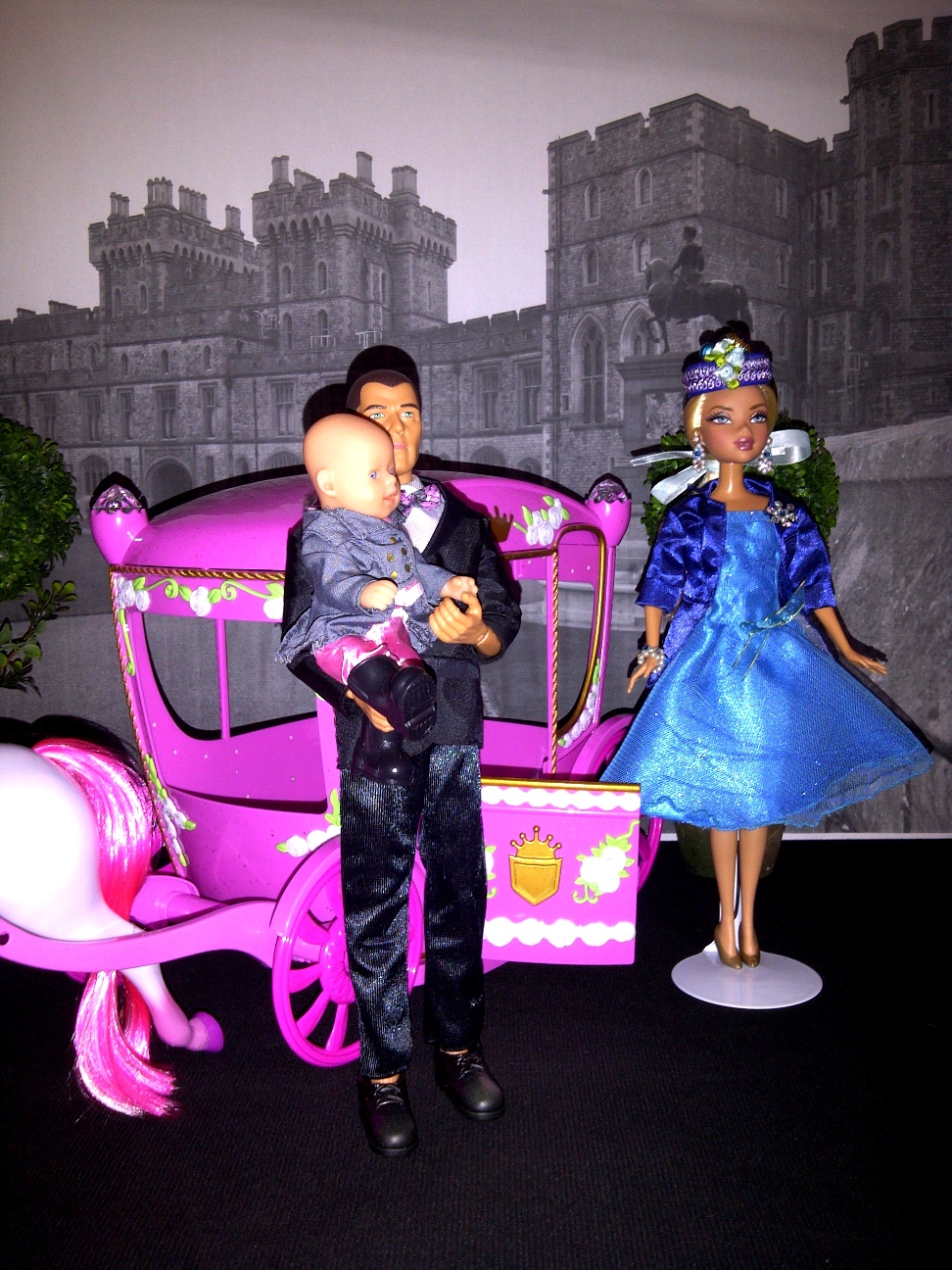 State Carriages are the most commonly associated form of transport with Royalty. The image of a Princess on her wedding day, arriving in a Royal Carriage is an archetype along with the Crown and the Castle. In the above picture, we see the carriage used in Normandia for the day of the heir to the throne's Christening. 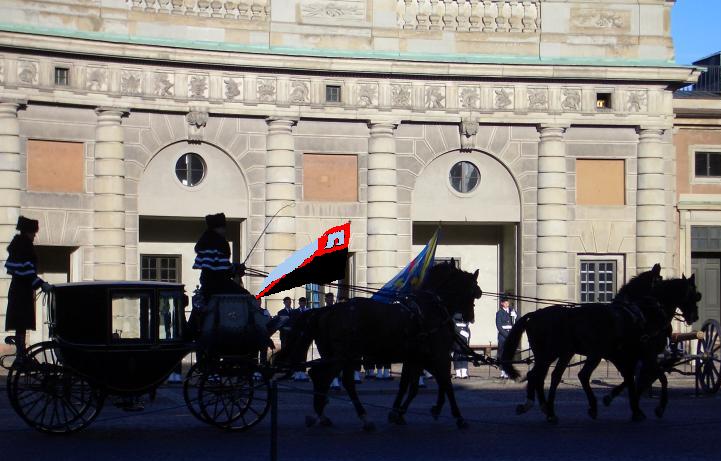 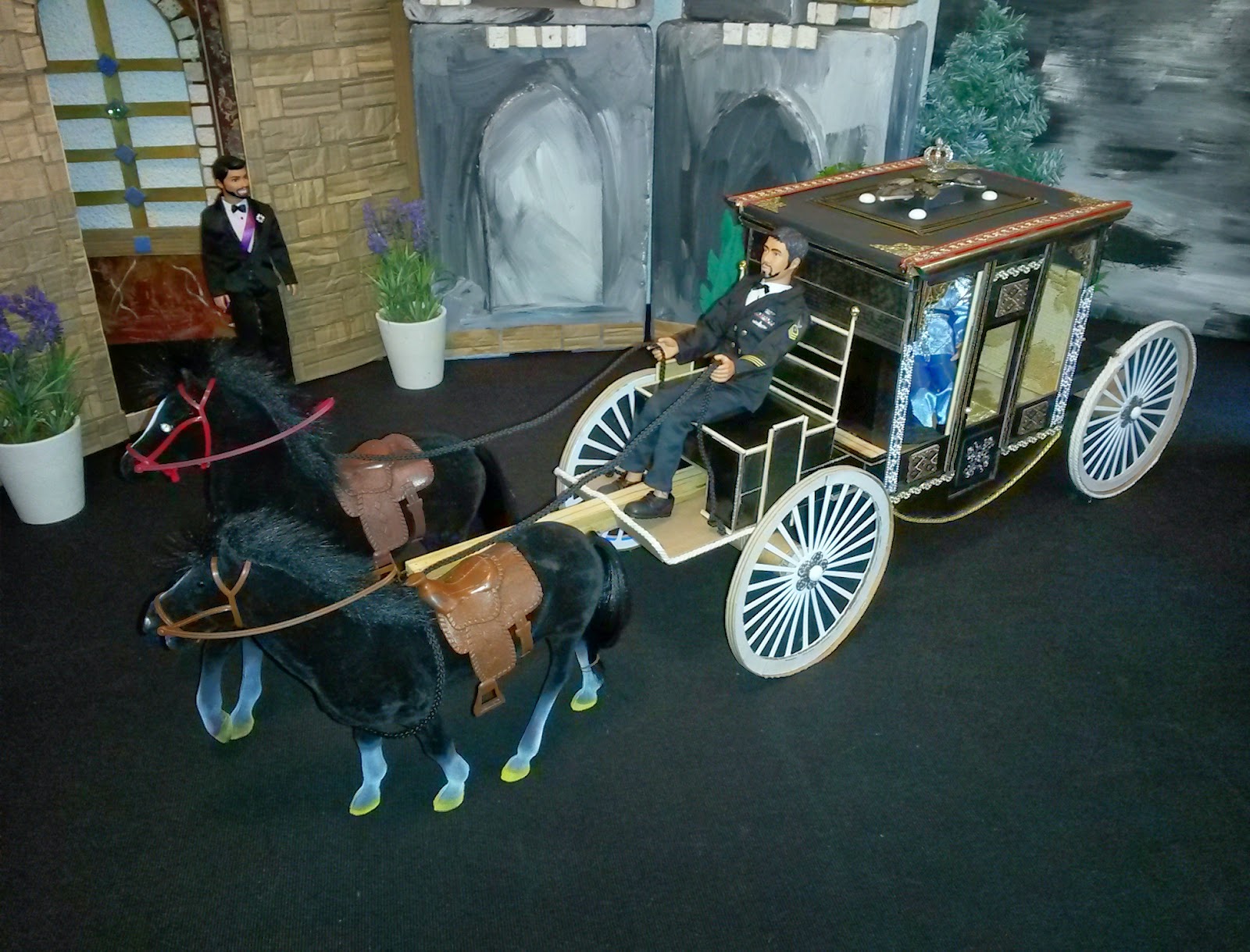 The Principality of Swann employs its State Carriage for Coronations and annually to commemorate it at the opening of parliament. 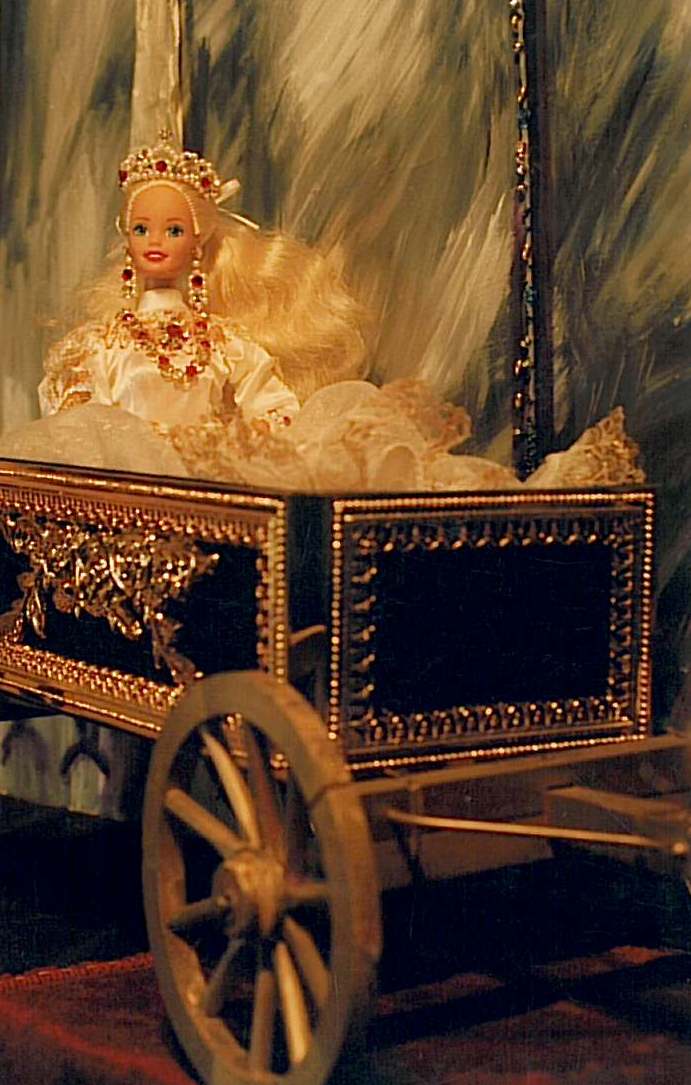 The united Empire of Scot-Britania used several gold coaches and carriages like the one seen above for weddings, coronations and other high state events. Sadly they were all destroyed during the 96 Revolution. 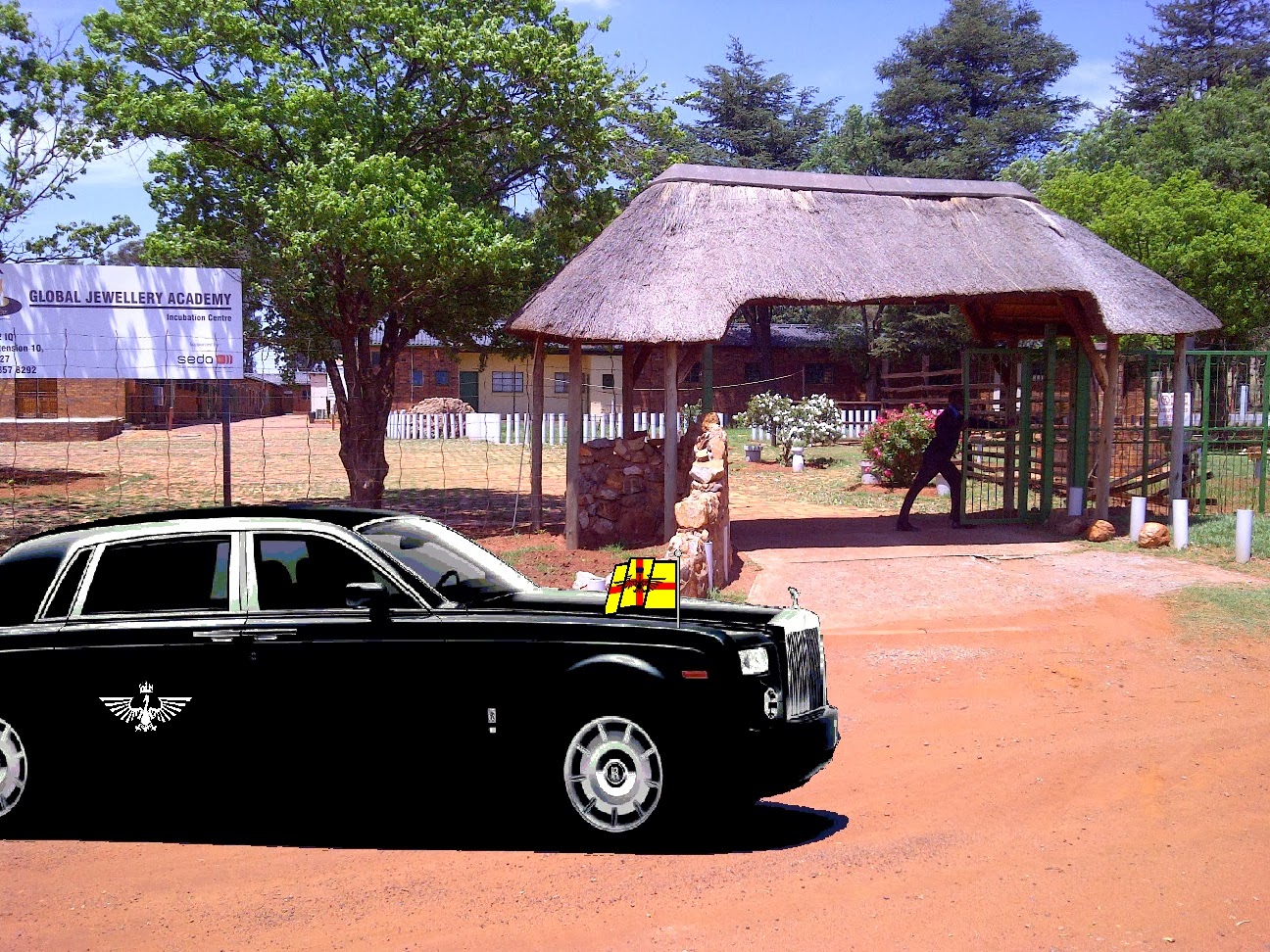 Limousines are the modern equivalent of a State carriage. These official cars are often adorned with Royal Insignia or Standards and are used to transport Royalty to official functions that are not traditionally ceremonial but still official. They will also be used to transport Royalty on day to day trips as required. Above we see the Royal Swann Limousine that travels with the Duke of Swann on his State Jet. 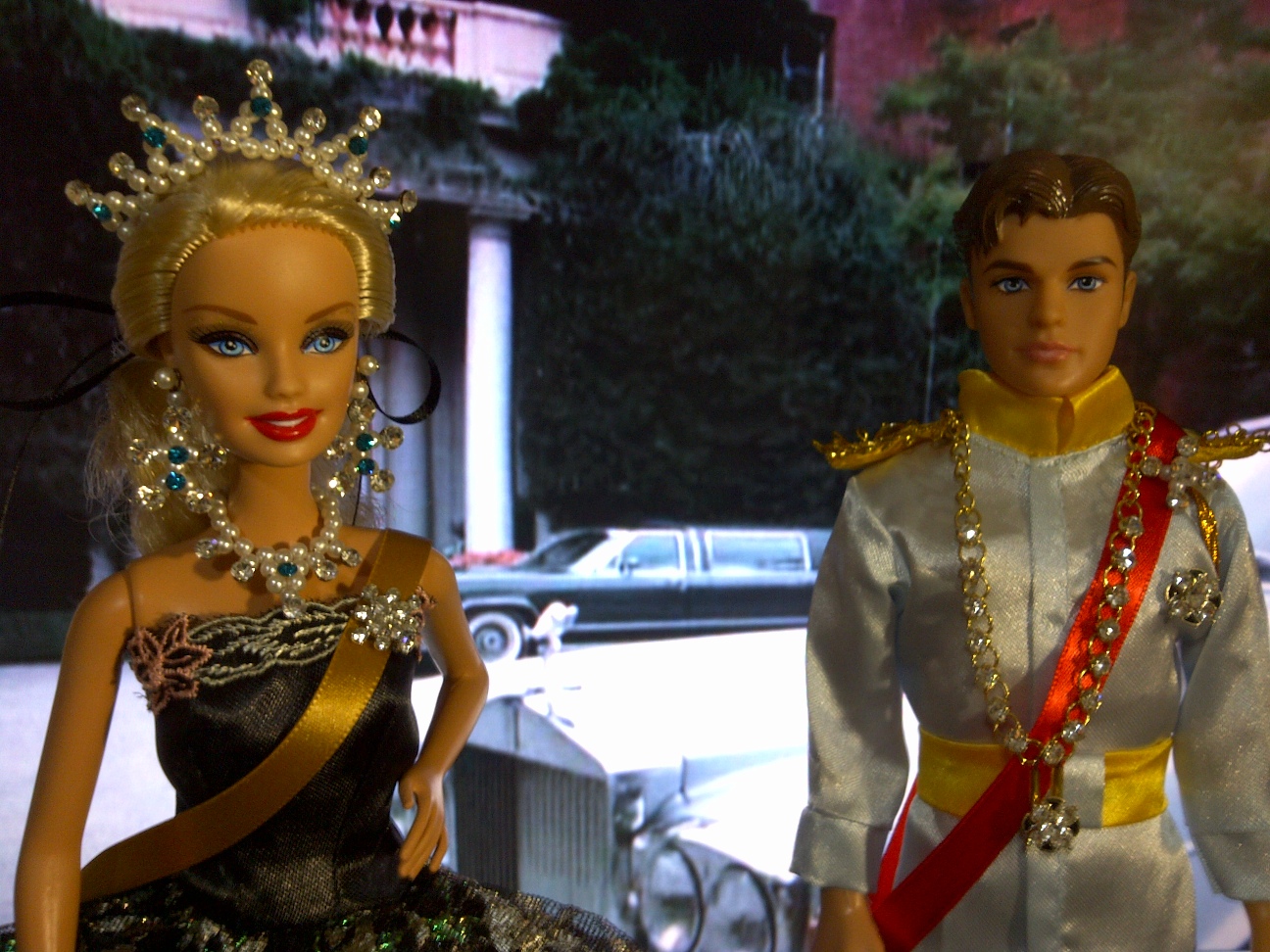 Often visiting nations will provide transport for a visiting Royal as was the case in the photo above when the Duke of Swann made a State Visit to Hanoveria. 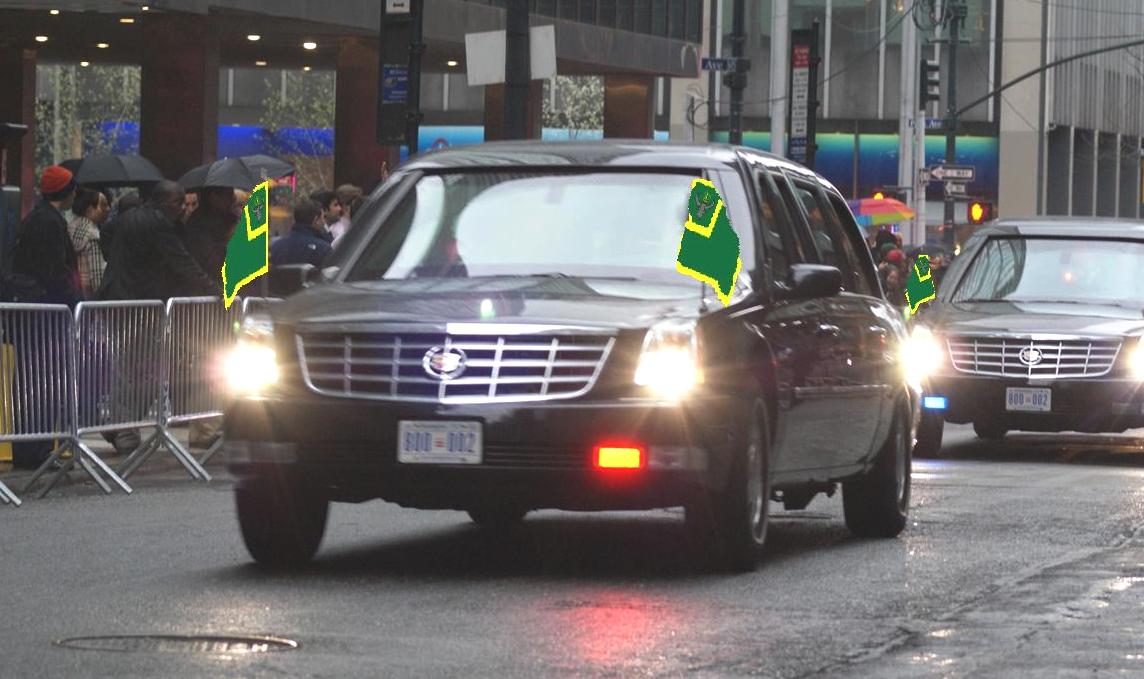 State limousines will fly the flag of its Royal occupant as can be seen in this photo of those used in Kingdom of Syldavia. 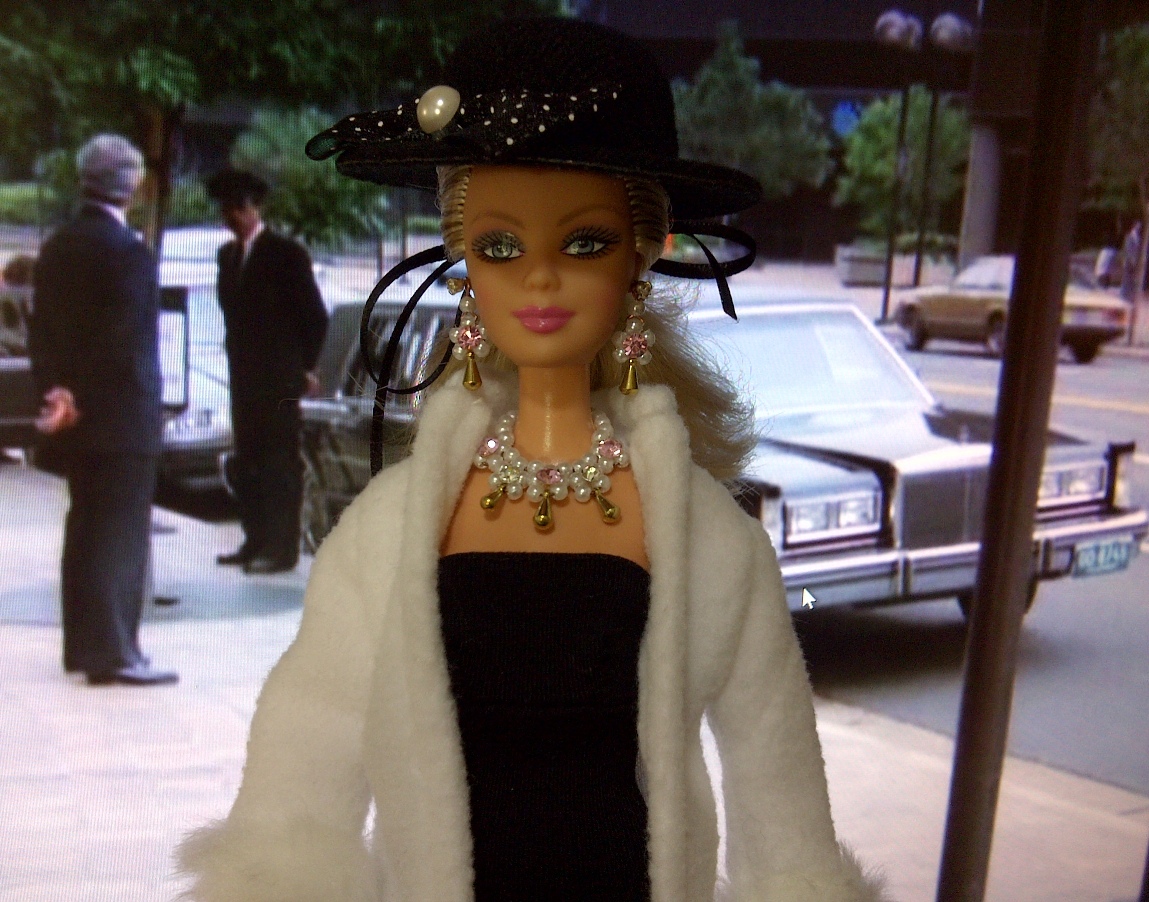 Royalty may also own private limousines, these may be outdated or collectable. Empress Crystobel used to keep an 80's style Town Car in the Big Apple. It can be seen in the photo above.

Old limousines might end up having a sentimental connection to a particular ruler or Royal. As such they may play a role for decades in processions or as a wedding car. 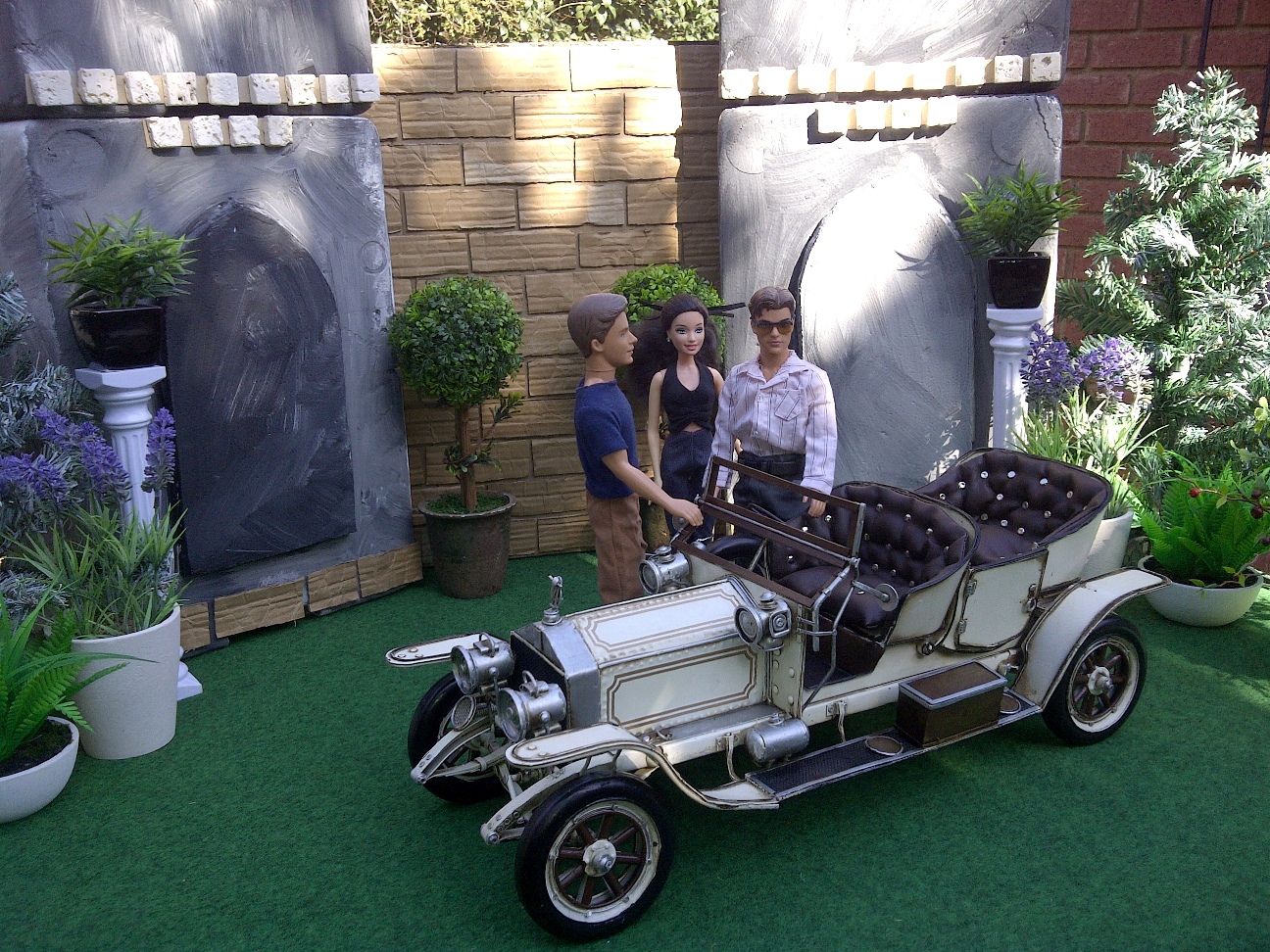 The Duke of Swann loves Rolls Royce as did his ancestors. A 1909 limousine remains in the Royal Family. The Swann Rolls Royce is now on permanent display at Sorgenfrei Castle and is used as a wedding car. 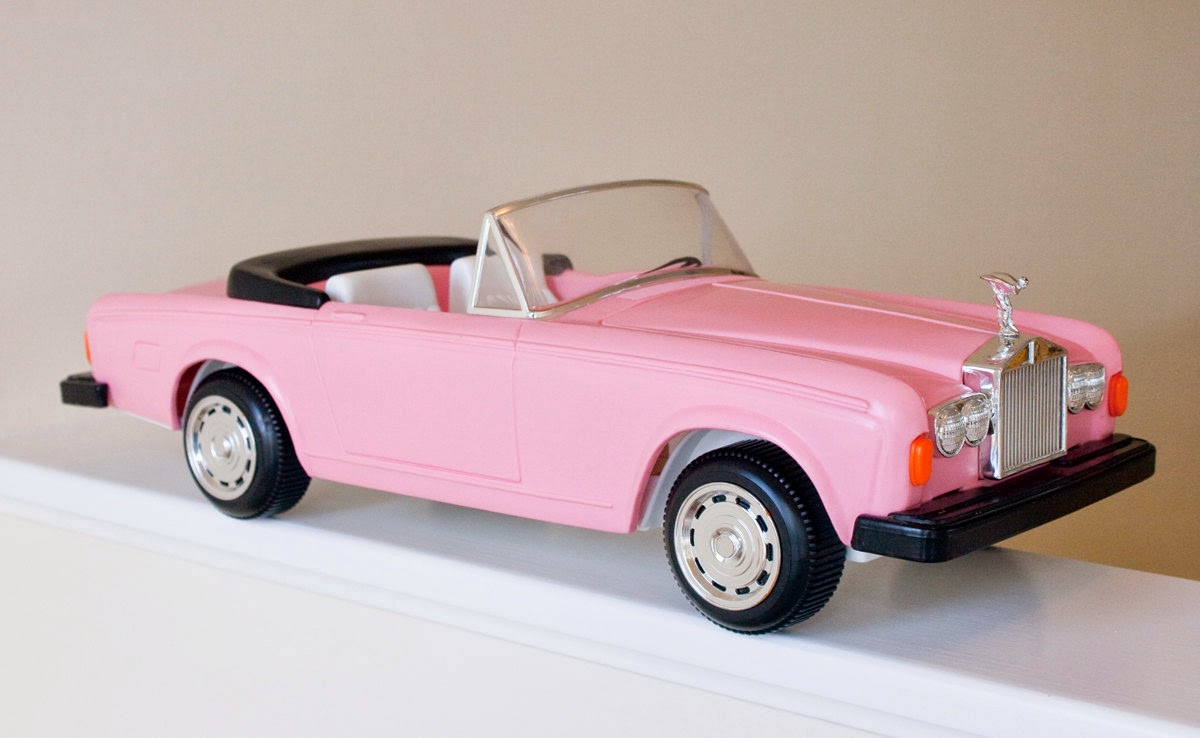 A pink Rolls Royce, that belonged to the current Duke of Swann's mother as a day-to-day car, is permanently interred in the Duchess of Swann Historic Museum in the capital city of the Principality. 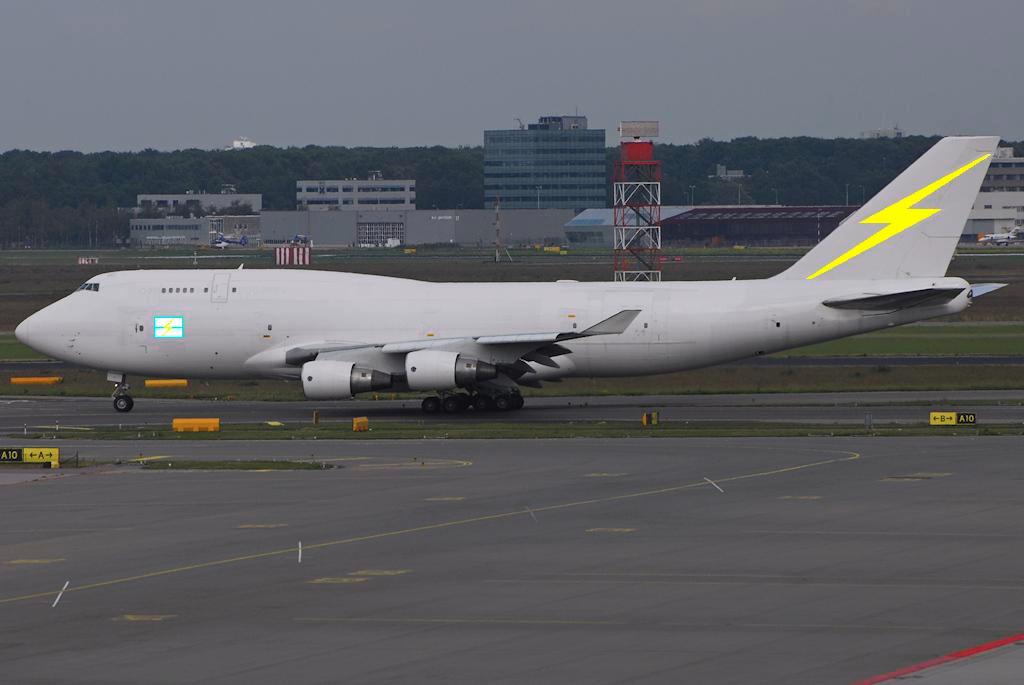 Royal Jets have become a permanent fixture for modern Royalty. In today's global village it is a necessity for International figures to be able to travel by air with ease. Many government manage fleets of airplanes to ferry their dignitaries across the planet. Above we see the famous white jet belonging to Lady Arcwhite. 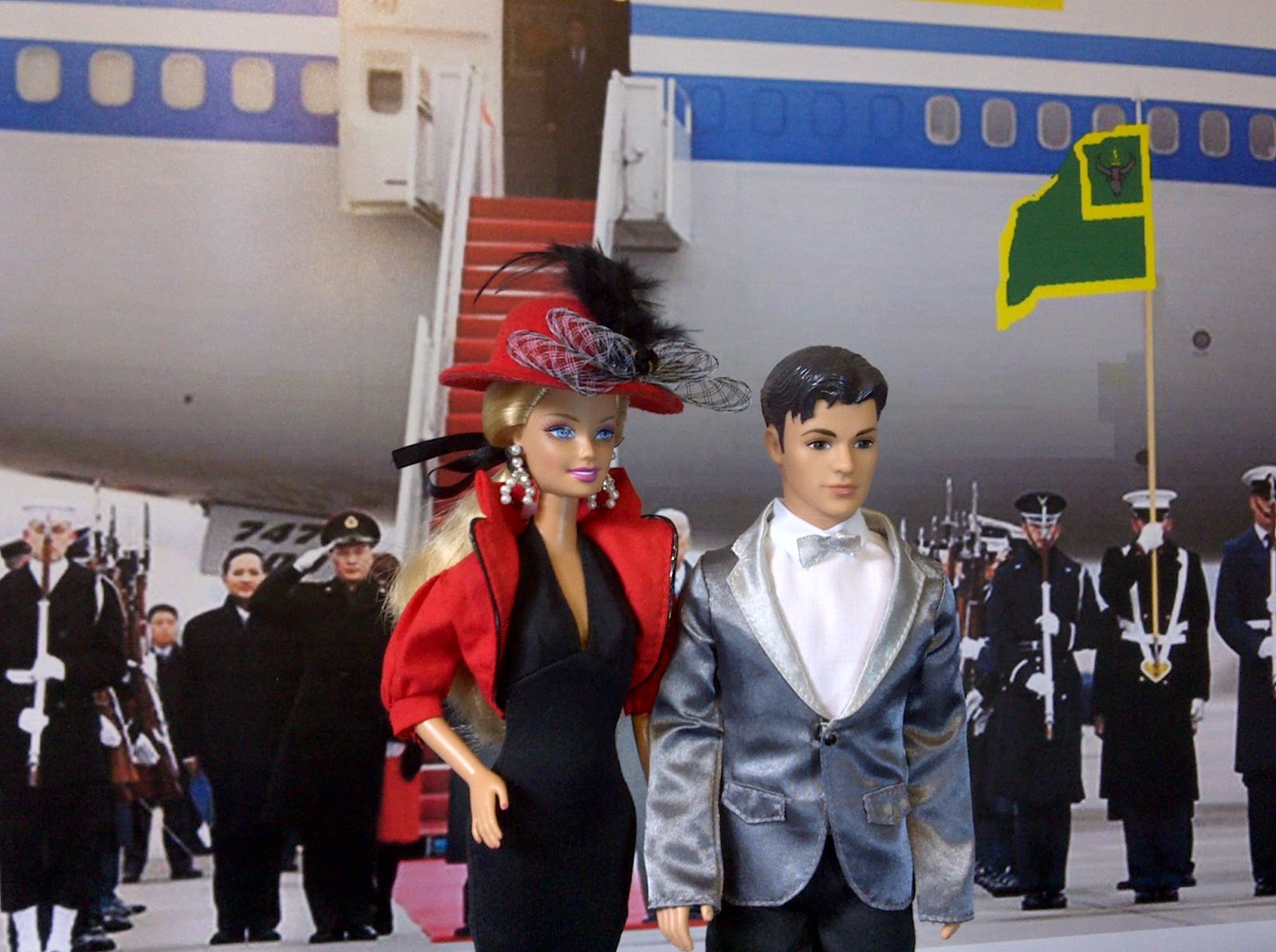 These jets are also adorned with Royal Insignia and even play a role in the ceremonial often surrounding a Royal arrival. 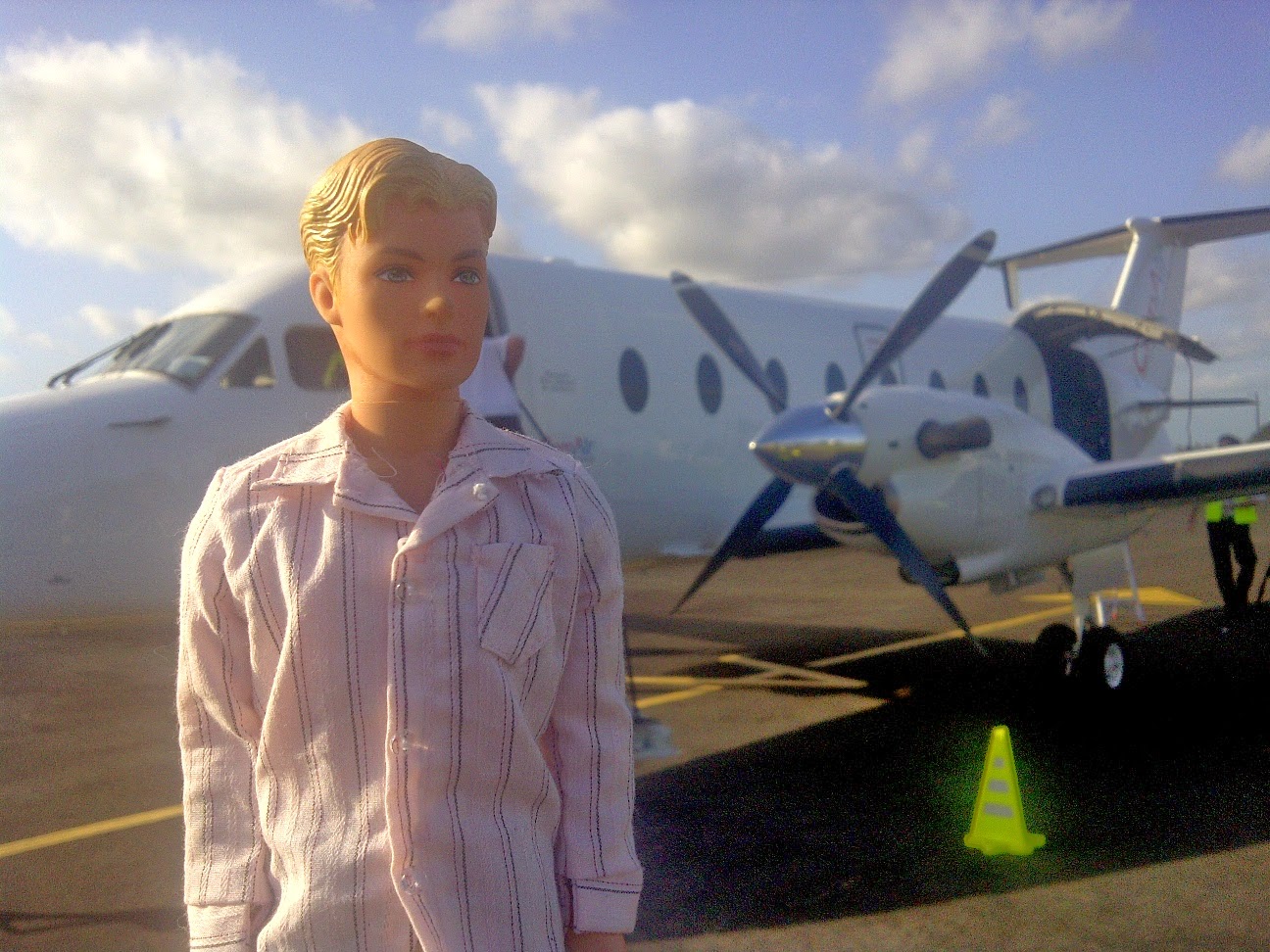 Sometimes Royals are not adverse to chartering private planes for personal trips like an island holiday. Here Prince Dillon and a friend visited a small beach town and flew there by charter plane. 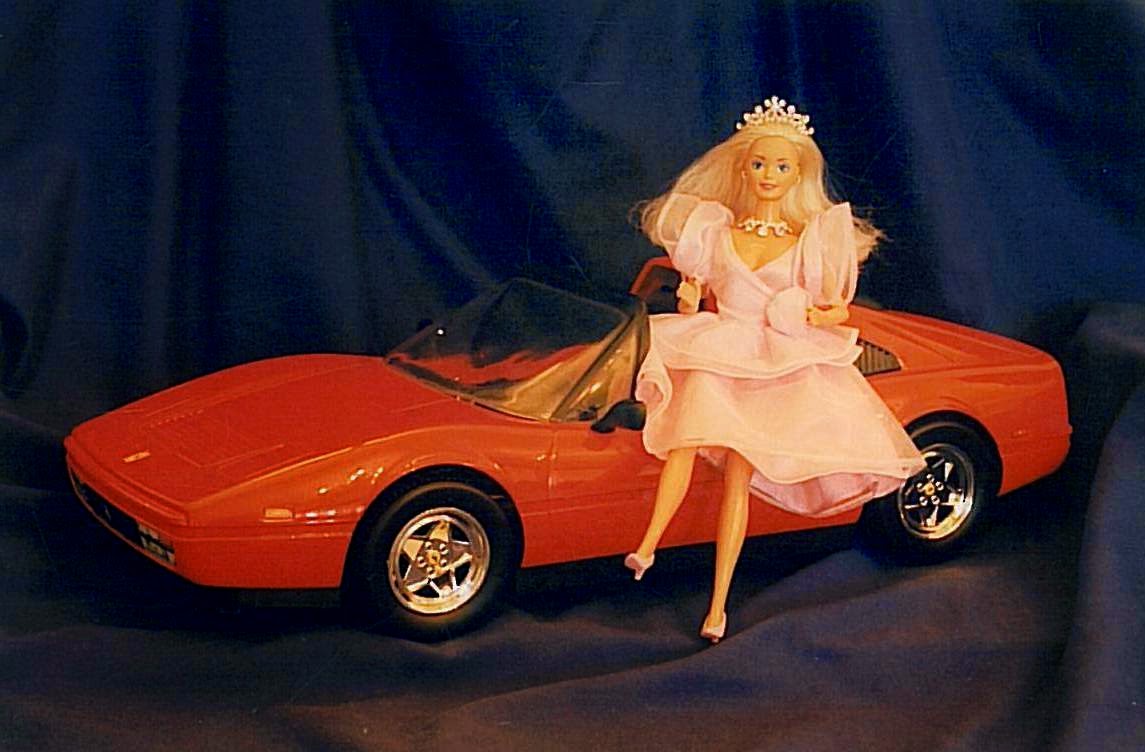 Royalty also use "normal" transport of which some fall way above the average man's budget. Here we see Queen Crystobel I of Scotney with the Ferrari she received as a birthday gift in the 80's. 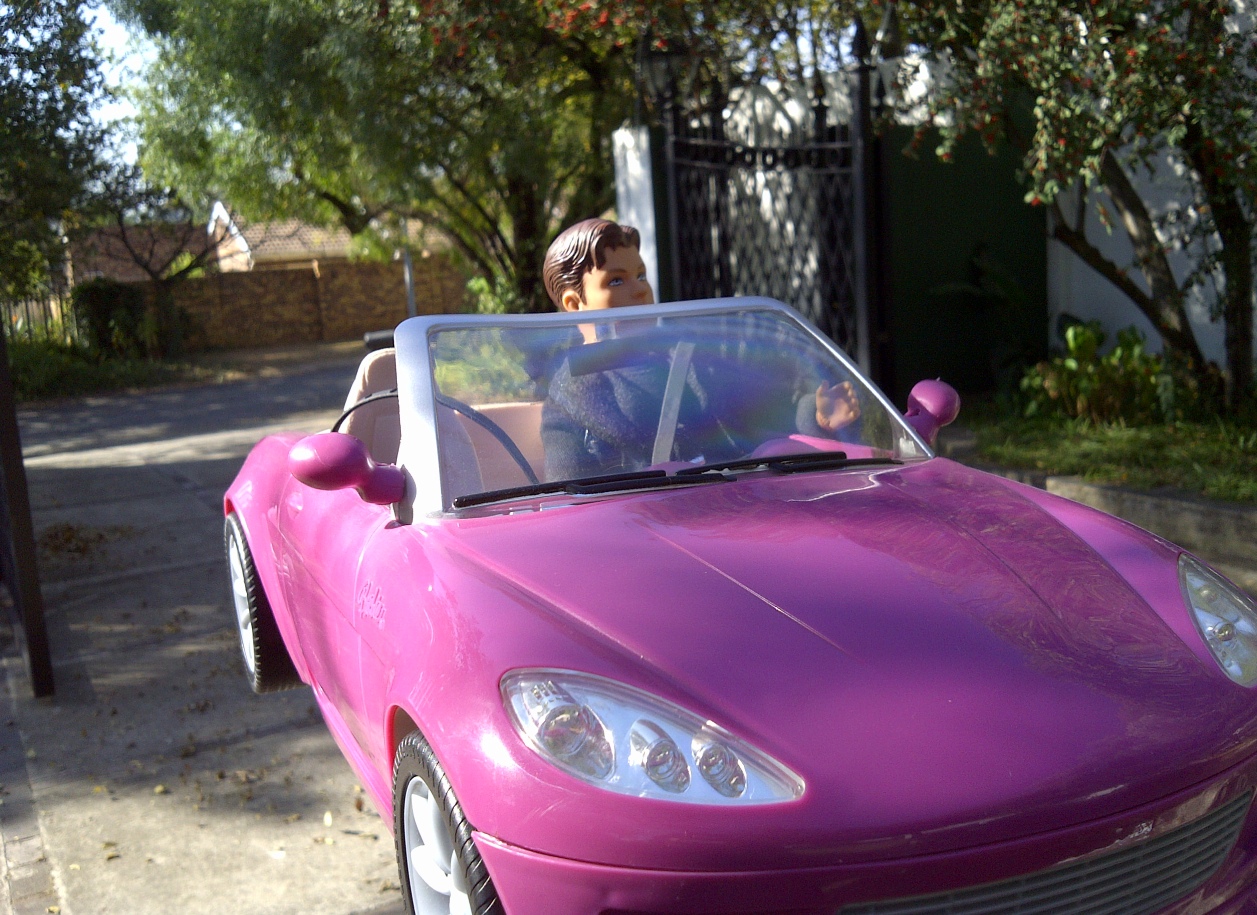 However Royals will even drive standard cars when appropriate and even end up on the odd bicycle. 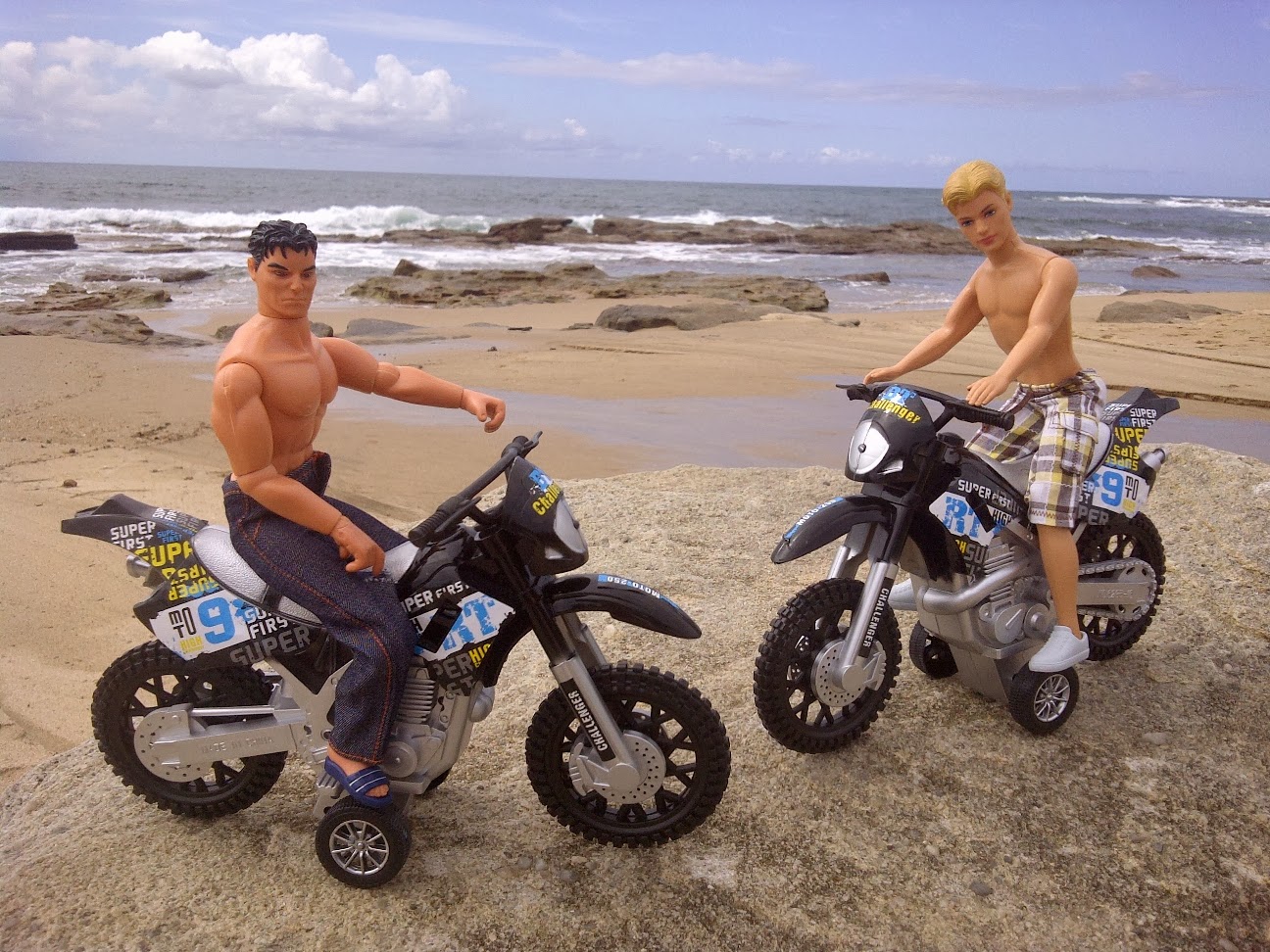 As our Royal enjoy the odd jaunt like everybody else, we hope you too enjoyed this insight into Royal Transport.